Doom Eternal release date: Everything we know about Preload and... 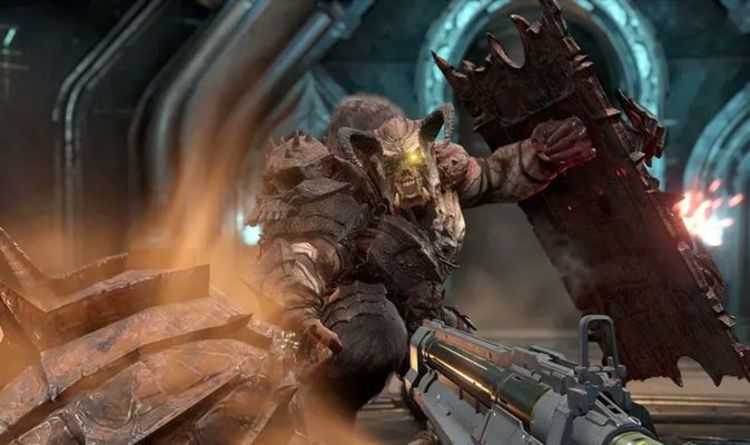 It won’t be long before fans are taking Doomguy back through the depths of hell and the corridors of Mars and Earth to slay demons and smush monsters.

And the good news is that Bethesda has announced all the big details regarding the Doom Eternal launch day early, meaning gamers can plan when they can start playing.

There’s a lot to know ahead of Doom Eternal’s 2020 release date, including what time you will be able to jump into the action.

WHAT IS THE DOOM ETERNAL RELEASE DATE?

Following a number of delays in the original schedule, Doom Eternal will not release on March 20, 2020.

This date has now been set in stone, meaning there won’t be another slip for PS4, Xbox One and PC gamers to groan at.

The latest Doom game will be available to buy from stores on the day, or gamers can pre-order it and unlock a few other rewards on top.

This includes unlocking DOOM 64 for free as well as the Rip and Tear Pack, which features the DOOT Revenant Skin, the Throwback Shotgun Weapon Skin and Cultist Base Master Level.

DOOM 64 will also be included free with preorders of DOOM Eternal for Nintendo Switch, which will be released at a later date.

Meanwhile Doom Eternal has yet to be given a release date on Nintendo Switch, while the full game will not be going in Japan until March 26.

WHAT TIME CAN I PLAY DOOM ETERNAL IN MARCH?

Doom Eternal will be playable for most people around the world on March 20, 2020. The same basic release time is being employed on all platforms too. It should be noted that DOOM 64 unlock times will mirror the unlock times for DOOM Eternal.

The Doom Eternal unlock times for PS4 and Xbox One have been set for 12:00am midnight, in your time zone, on March 20. This will be the official unlock time for gamers in the UK, however, Doom fans in the United States may get to jump on a little earlier.

In North America, DOOM Eternal unlocks at 12:00am midnight ET on March 20, meaning it will be available on March 19 in the Pacific time zone.

For PC and Stadia gamers, things will be a little more complicated, with the current unlock times listed below: