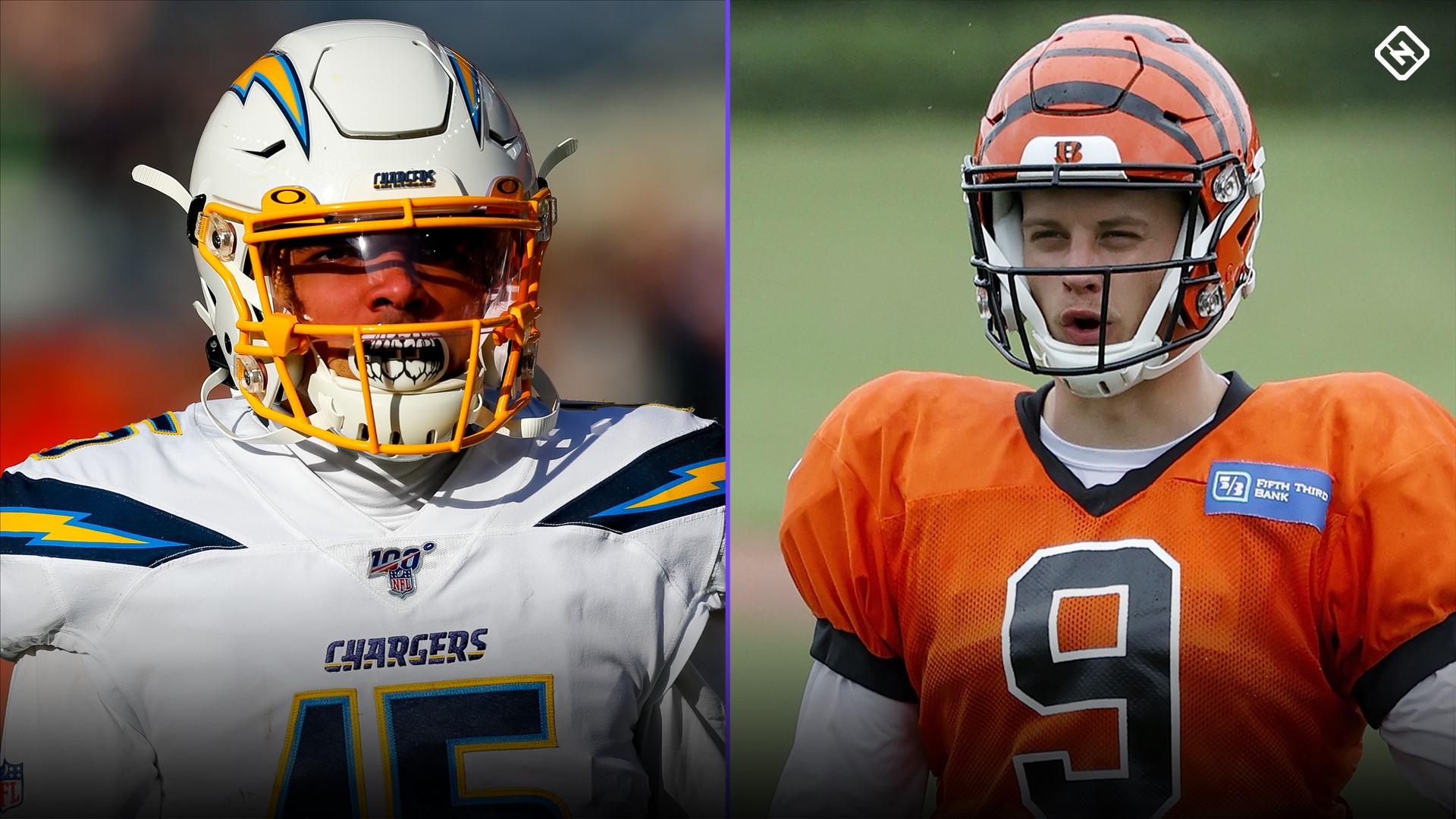 Joe Burrow’s NFL debut comes Sunday at home when the Chargers travel to face the Bengals at 4:05 p.m ET. It will also be Tyrod Taylor’s debut as L.A.’s new starting QB, so there should be a lot of fun all around, including for fantasy football and DFS purposes. DraftKings is offering Showdown contests for Sunday’s game, so we’ve put together lineup picks and advice to take advantage of some fun pricing values.

If you’ve never heard of our captain pick, Jalen Guyton, that’s fine. It just means everyone else hasn’t heard of him either. He allows us to stuff the lineup with studs and even provides some upside at a dirt-cheap price. Maybe it’s risky, but we’re trying to win a tournament here.

I’ve been playing Guyton all over the place this week, so if it backfires, I’ll really feel it. But Mike Williams (shoulder) is banged up, and with him out, Guyton will start on the outside opposite Keenan Allen based on the training camp reps he’s been getting. Guyton is a size-speed guy that went undrafted a year ago out of North Texas because he’s pretty raw as a receiver. But his size, athleticism, and bottom-of-the-barrel price mean that Guyton is one play away from paying off in droves. And by playing Guyton, we can play five of the seven best players on the slate in our flex spots.

Ekeler might see a slight downturn in receptions with the switch in QB from Philip Rivers to Tyrod Taylor, but with Melvin Gordon gone, Ekeler’s overall production should rise. Against a bad Cincinnati defense in Week 1 without a clear backup established yet, expect Ekeler to get all the work he can handle.

The top-overall pick versus a strong pass rush in his NFL debut makes for a fun storyline. Burrow is good enough to overcome the tricky matchup, though, and he’s in an offense with an underrated amount of strong weapons. We’re locking down as many touchdowns as possible with this lineup construction, so having both QBs and both RBs is the way to go.

Taylor is one of my favorite sleepers in season-long leagues. DK actually gets his price about right for this game, so it’s not like a huge steal or anything, but we can afford it. Taylor’s floor and ceiling are both raised because of his rushing ability, and he’s not a bad passer, either. The Bengals gave up the most rushing yards in the league to QBs last year, too, if you wanted one more reason.

Mixon is a very similar back to Ekeler with maybe a heavier workload, yet he’s cheaper by $ 1.4K. Our cheap captain pick means we don’t have to worry too much about pricing oddities like that. Instead, we’ve just locked down the highest probability of passing and rushing TDs for both teams in this game, which should keep our lineup in contention the whole contest.

You could also fit A.J. Green in this last lineup spot, but his injury question marks make me queasy. Instead, Boyd is a reliable play, especially in DK’s full-point PPR scoring. He might be the No. 1 WR for Cincinnati now regardless of Green’s health, anyway.

Jade Boren Jordyn Woods, 23, revealed what she and her new boyfriend Karl-Anthony Towns, 24, “connected” after both experienced similar losses. Jordyn explained how this...
Read more