How Jeremy Corbyn ‘clearly never wanted to be Prime Minister’ 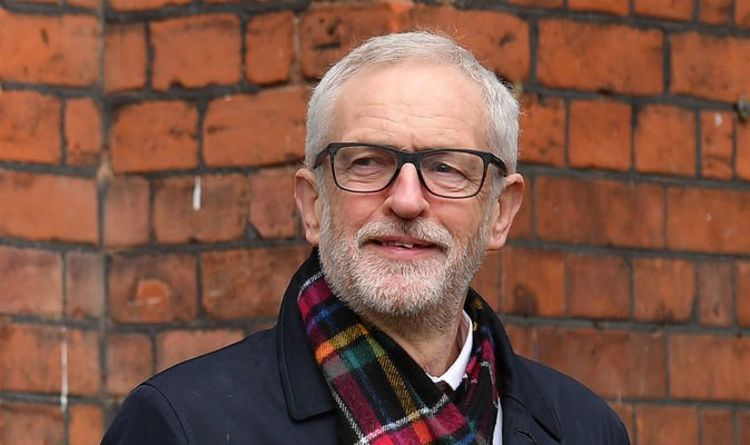 Mr Corbyn secured only 203 seats in the general election last week, paving the way for Boris Johnson to win a landslide victory. Even Labour strongholds such as Tony Blair’s former seat in Sedgefield were painted blue – and many commentators are pointing the finger at Mr Corbyn’s leadership for such a dramatic swing away from the party. The Labour leader has been in the role since 2015. In 2017, he surprised many critics with the amount of public support he received and even managed to reduce Theresa May’s small majority to a hung parliament.

However the latest election proves his popularity has plummeted, and he announced he will not be leading the Labour Party into the next general election.

In the July 2016 podcast series from BBC Radio 4, ‘The Corbyn Story’, Steve Richards explored how Mr Corbyn may have never even wanted to be leader of the country.

Jamie Reed resigned from the Shadow Cabinet as Health Minister one minute after Mr Corbyn was elected as the Labour leader and stepped down as a Labour MP in 2017.

Mr Reed said: “I put to [Mr Corbyn] the point made by Neil Kinnock only recently that the British people will never vote for a unilateralist party.”

The explanation came after Mr Corbyn’s pointed opposition to the UK’s missile programme Trident. He even moved Maria Eagle from the position of Shadow Defence Secretary after his election, presumably because of her support for Trident.

Mr Reed continued: “And when I pointed out to him that only 25 percent of people in the country support abandoning our nuclear deterrent and therefore any political position which espoused that view was a bar to becoming elected, he simply refused to accept the logic of that position and would always cite his mandate.

“We went round and round the houses, but it became clear that Jeremy has no interest in being Prime Minister.”

Many have stated that Mr Corbyn was equally resistant to the public mood throughout controversies ranging from Anti-Semitism, Brexit and Anti-Terrorism programmes.

Mr Corbyn caused further controversies when he said he objected to the “shot to kill” policy after the November 2015 Paris attacks took place.

As Mr Richards explained, some believed the Labour leader appeared “indifferent to protecting people in the UK at a point when many feared an imminent Paris style attack” a move which “provoked open disdain from some of his MPs”.

The Labour leader provoked further criticism during the 2016 referendum on the UK’s EU membership.

While many members of his party were calling for him to campaign strongly for Remain, he was seen as only half-heartedly supporting the movement due to his personal beliefs.

He voted to leave in the 1975 EU referendum and has been a long-term Eurosceptic. His campaign to staying the bloc was subsequently seen as a lacklustre move and stimulated a vote of no confidence. He was defeated but re-elected by labour grassroots organisation.

Only in September this year, a senior Labour figure told The Independence that Mr Corbyn would find becoming Prime Minister “terrifying” and would not stay in the leadership role for much longer.

However, following Labour’s devastating electoral loss last week, Mr Corbyn apologised through articles in the Sunday Mirror and the Observer this weekend.

He wrote: “We have suffered a heavy defeat, and I take my responsibility for it.