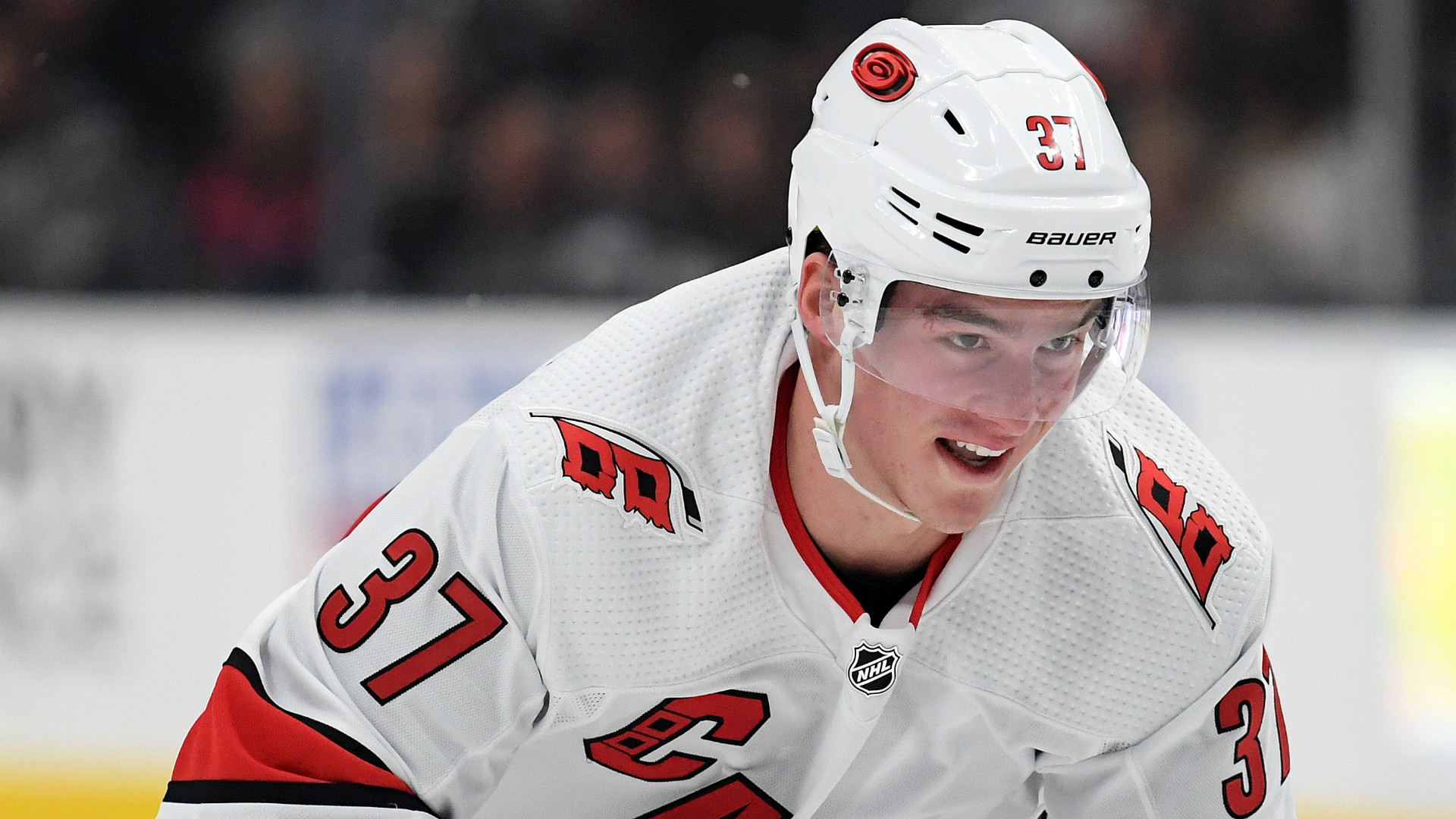 If a hat trick is netted but no hats are thrown, does it still count?

The young Russian star’s first career hat trick came at the perfect time, propelling his Hurricanes to a 4-1 win and a 2-0 lead in their best-of-five qualifying-round series against the Rangers.

MORE: It’s still cold, even in summer, for NHL coaches

Svechnikov opened the scoring less than five minutes into the game as he fired the shot past veteran netminder Henrik Lundqvist from the left circle. In the second he sent a one-timer into the back of the net on the power play and capped off the hat-trick in the third off a nifty backhanded pass from fellow youngster Sebastian Aho.

Sadly, no caps were thrown — despite it being a Carolina “home” game — to celebrate his achievement, as no fans were in attendance..

With his trio of goals in Monday’s matinee, the 20-year-old became the first to do so in Carolina franchise history. He also joined a list of just eight players — including Wayne Gretzky and Patrick Kane — to score a playoff hat trick before age 21. He also joined nine other players in having multiple two-plus-goal games in the postseason before his 21st birthday.

The second-overall pick in the 2018 draft, Svechnikov collected 61 points in 68 games before the season was paused. And, while it may seem like 100 years ago, he had two of the prettiest goals of the season when he scored not one, but two lacrosse-style goals.