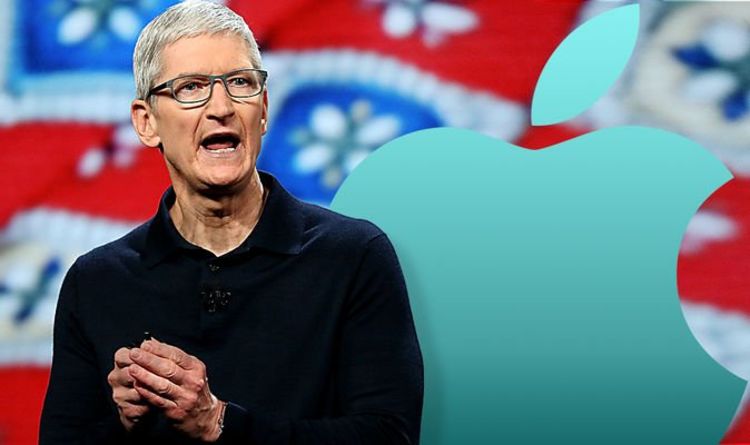 Apple has already confirmed that its next smartphone series, believed to branded iPhone 12 and iPhone 12 Pro, will be delayed hitting store shelves worldwide due to the ongoing health crisis, which shutdown manufacturing plants in China and forced Apple designers and software developers to work from home. However, that doesn’t mean that we won’t see the Californian company hold its annual hardware showcase in September.

After all, the iPhone event usually sees Apple unveil more than just a shiny new handset – in previous years, the iPad Pro, redesigned Apple TV and AirPods were all announced during the keynote presentation. And this year looks set to be no different.

According to sources speaking to Bloomberg, Apple has a truckload of new gadgets up its sleeve for the event. As well as revealing the release dates for the next version of iOS, iPadOS, watchOS, tvOS and macOS, the Cupertino-based firm is tipped to reveal a new iPad, HomePod smart speaker and more.

iPhone 12: everything Apple will launch alongside the new flagship smartphones

According to sources speaking to Bloomberg, Apple has two brand-new Apple Watch models up its proverbial sleeve. One of these will be a new flagship model to replace the existing Apple Watch series 5, which was the first model to include an always-on display. We can expect to see that constantly glowing screen make a return to the series 6. And with sleep tracking as one of the most exciting new additions coming in the next version of watchOS, we’d wager that Apple will double-down on battery life in this new model.

MORE LIKE THIS
iPhone 12 release date: Apple confirms the news nobody wanted to hear

What about the second new Apple Watch in the pipeline?

Well, that will replace the Apple Watch series 3, which has stuck around in the line-up as the more affordable model. While the series 4 was discontinued following the launch of the series 5, the series 3 remains on-sale in Apple Stores starting at £199. Apple will introduce a new model at the same price point to compete against more aggressively priced health trackers from the likes of Fitbit, Withings and others.

Think of this Apple Watch model as the iPhone SE of Apple’s smartwatch line-up. With a new flagship model and more affordable wearable set to be unveiled, we’re unlikely to see the Apple Watch series 5 stick around on store shelves after the iPhone 12 event.

A redesigned iPad Air, which sits between the low-cost iPad and the priciest laptop-replacement iPad Pro series, will also be unveiled on-stage, sources claim. This model will look much closer to the iPad Pro – ditching the physical Home Button and shrinking the borders to maximise the screen real estate available in the footprint.

While the new iPad Air will have the same slimline curved bezels as the iPad Pro – it won’t use the Face ID facial recognition scanner to unlock the tablet, authenticate payments, or unlock secure apps, like banking software. Instead, Apple will relocate the Touch ID fingerprint scanner previously found in the Home Button to the power button at the top.

Whether the new iPad Air will keep the same £479 price tag remains to be seen.

And that’s not all. Apple will purportedly debut a new HomePod smart speaker. Unlike the original speaker, the new version will be smaller and cheaper. This will be more akin to the Google Nest Mini or Echo Dot. It should be a way to bring voice assistant Siri and Apple Music playlists and hand-curated radio to more rooms – at a lower cost.

A new pair of wireless over-ear AirPods with noise-cancellation technology will also see the light of day during the iPhone 12 keynote, Bloomberg states. These will rival the likes of the award-winning Sony WH-1000XM4 headphones and Bose 700 Series.

Just like the AirPods and AirPods Pro, these new headphones will pair automatically across all of your devices signed-in with the same iCloud account (and switch between them as you put one iDevice aside and pick-up the next). They will also pause automatically when they’re removed from your head. In terms of design, previous rumours suggest it will be similar to high-end options from Apple-owned Beats headphones.

There's two more impressive stats about this processor with it capable of performing up to 4.0 Trillion Operations Per Second (TOPS) - that's a...
Read more
Tech