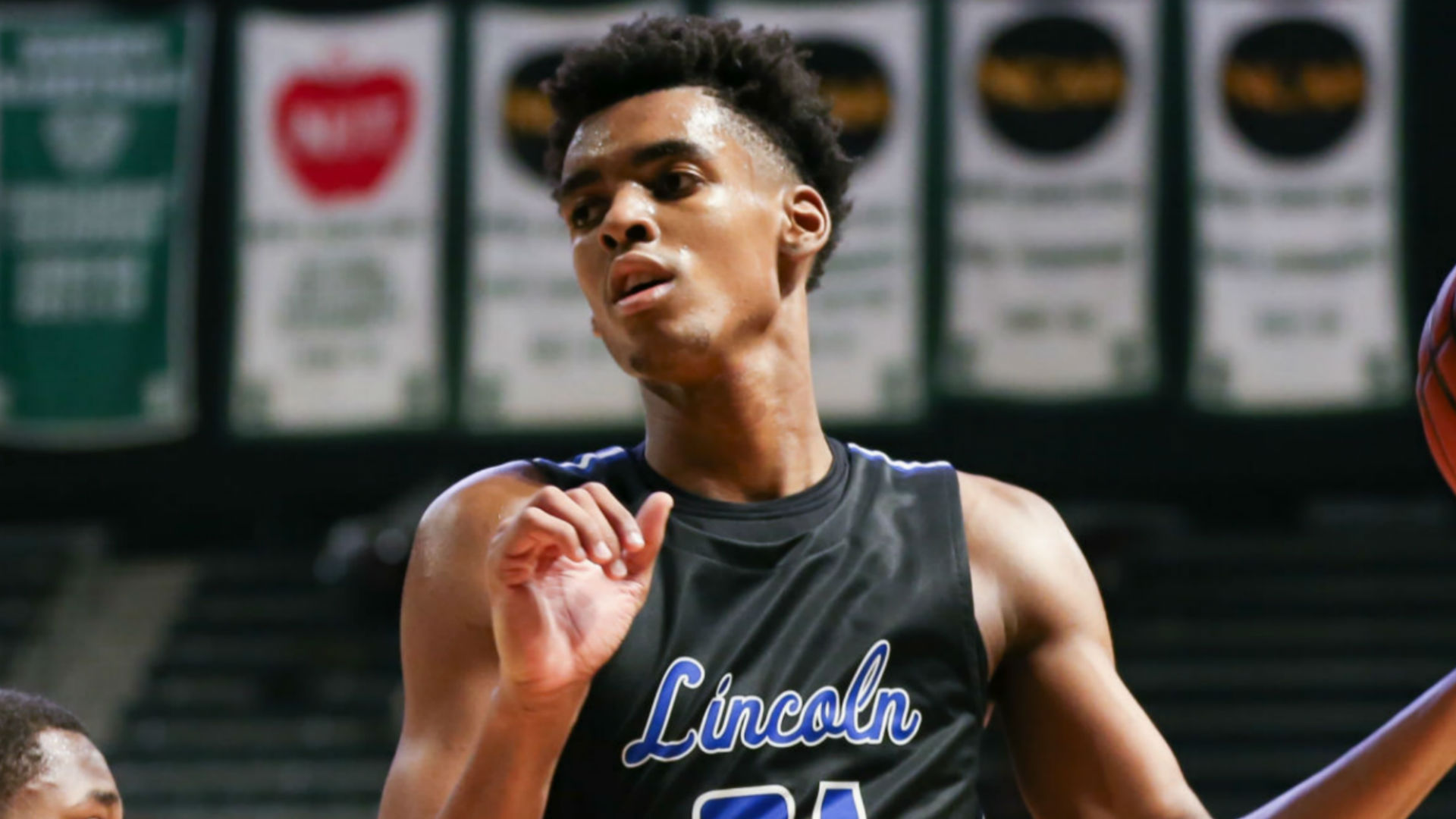 Emoni Bates and family got to share a lovely moment on television, five of them on screen Monday almost simultaneously pulling on Michigan State ballcaps to celebrate his commitment to play basketball for the Spartans.

As he is currently scheduled to graduate high school in 2022, though, this feels like a rather long engagement, with lots of potential distractions for Bates — the No. 1 prospect in high school basketball, perhaps the best since Anthony Davis — before he makes that pledge formal by enrolling at MSU.

It even was there in his words as he broke the news via ESPN: “I’m not sure what the future may hold, but I do know right now I will be committing to Michigan State University,” Bates said. “They’ve been showing love to me since I was in since seventh grade. They’ve been recruiting me hard since then … I’m big on loyalty, and they showed me all the loyalty. So I’ve got to show the love back.”

The loyalty Bates declared toward MSU will be tested heavily during the next two years.

A 6-9 rising junior from Ypsilanti, Mich., he could follow the path established by many other high school players, to accelerate his high school graduation and enter MSU in the fall of 2021, but it’s unclear if that is his family’s plan. His father, Elgin Bates, told ESPN of the intent to create a prep school where Emoni will play next season and Emoni wore a “Ypsi Prep” shooting shirt during the live broadcast. He won a Michigan state Division 1 championship at Lincoln High as a freshman and was named Gatorade national high school player of the year as a sophomore.

Whether he leaves high school next summer or the year after, Bates still could follow top 2020 prospect Jalen Green to the NBA’s G League Pathway program, which would enable him to collect a six-figure salary without the requirement of playing in competitive games. There seems little doubt, as it stands now, he will have to decline such an offer before arriving at MSU.

Elgin Bates spoke to Sporting News last summer, during the Nike EYBL Peach Jam in South Carolina, and discussed how few colleges were recruiting Emoni because most believed the NBA would eliminate the draft age limit by 2022 and that he would become the first high school senior drafted since 2006.

“So whatever we’ve got to do up until that point to where we can get there, we’re just going to stay focused and continue to work.”

Michigan State’s Tom Izzo was the only high-major college head coach in the audience as Emoni played that afternoon, showing off the skills that have led many to compare him to superstar Kevin Durant.

Monday, he told ESPN he was “upset at first” that more colleges didn’t recruit Emoni. “But the one that he really wanted to go to was recruiting him heavy,” Elgin Bates said. “As long as he got the offer he wanted … I’m happy.”