NASA news: Space agency shares out of this world image from Apollo 9 mission 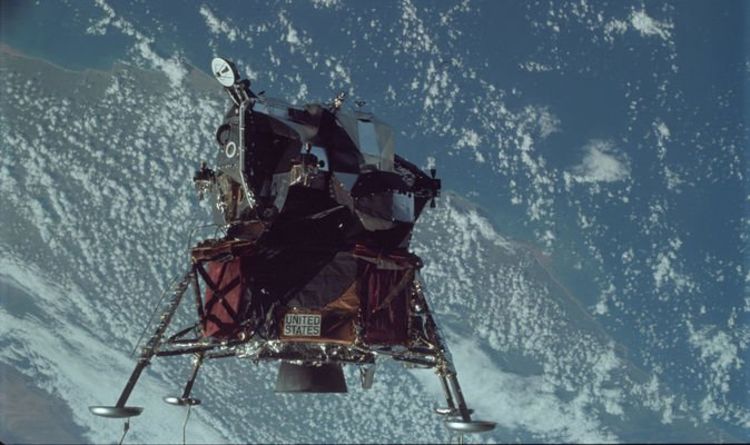 Apollo 9 saw three astronauts blasted into the Earth’s orbit for 10 days as a test flight before the Apollo 11 mission, which saw the first people land on the Moon. Commander James McDivitt, Command Module Pilot David Scott, and Lunar Module Pilot Rusty Schweickart lifted off from Earth on March 3, 1969, before spending 10 days in orbit, completing 151 trips around Earth.

The three men landed back on Earth on March 13, just four months before the Apollo 11 mission set off for the Moon.

While the trio were in Earth’s orbit, they managed to snap a stunning image of the planet from a distance, which NASA has re-released to celebrate the historic Apollo missions.

The image shows a lunar module, manned by Mr McDivitt and Mr Schweickart, hovering above Earth’s surface, while Mr Scott stayed aboard the command module, and managed to snap the iconic photograph.

NASA said on its website: “Apollo 9 launched in March 1969, and was the countdown to Apollo 11. Flown in low Earth orbit, it was the first flight of the full Apollo spacecraft: the command and service module with the lunar module.

“The mission was flown to qualify the lunar module for lunar orbit operations in preparation for the first Moon landing by demonstrating its descent and ascent propulsion systems. This would also demonstrate that its crew could fly it independently, then rendezvous and dock with the command module again, as would be required for Apollo 11.

“In this image, McDivitt and Schweickart tested the lunar module in Earth orbit, while Scott remained behind in the command and service module.

“During the mission, Schweickart also performed a spacewalk to test the lunar spacesuits to be worn on the Moon.”

Now, NASA has decided it has unfinished business on our lunar satellite and wants to set up a permanent base on the Moon, with the missions hopefully taking place in 2024.

NASA administrator Jim Bridenstine made the announcement that he wants to set up a lunar colony and called on “the best and brightest of American industry to help design and develop “human lunar landers”.