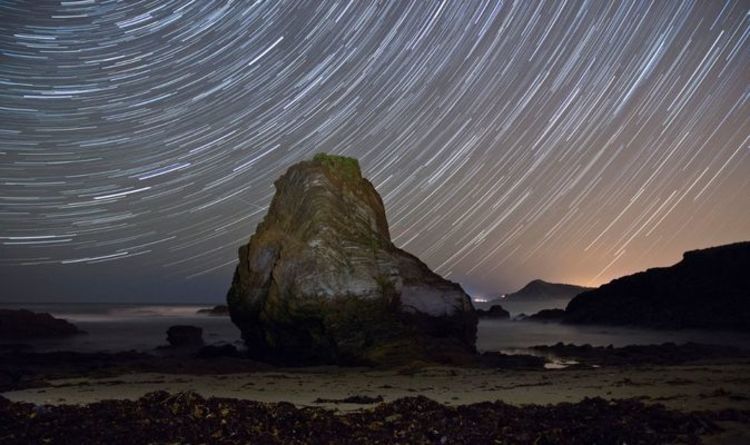 The annual Orionid meteor shower will peak this year on the nights of October 20 to 22. Over those nights, you can expect to see up to 25 shooting stars per hour as Earth travels through the debris left by Halley’s Comet.

Halley’s Comet is in orbit around the Sun, but as it travels through the solar system, small bits of dust, ice and rock are left behind.

When Earth travels through the debris field, these tiny specks, which can be smaller than a centimetre, hit the planet’s atmosphere at speeds of around 40 miles per second, causing what looks like shooting stars.

However, Earth began travelling through the debris left by Halley’s comet on October 1, when sparse shooting stars began appearing in the night’s sky.

As we edge closer to the peak next week, the shooting stars from Halley’s Comet will become more frequent.

Some people have already spotted the falling debris, as is evident from the sighting of a fireball over Florida on Saturday, October 10.

NASA cameras picked up the shooting stars, letting astronomers know the peak is just around the corner.

“This is a sign that the Orionid meteor shower is about to begin. Forecasters expect the shower to peak on Oct. 20th when Earth passes through the heart of Halley’s debris stream.]