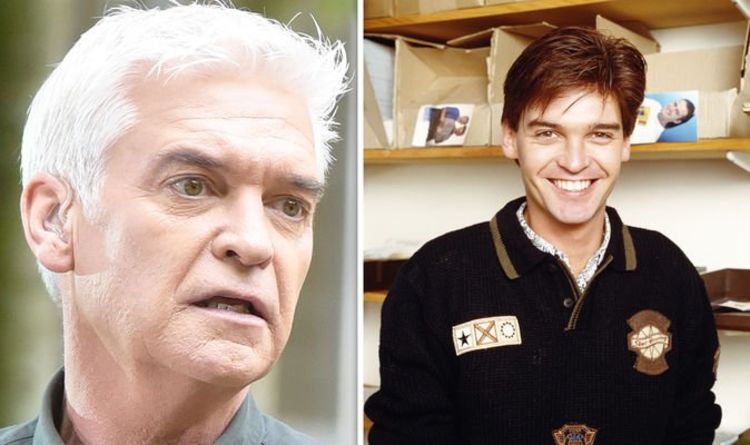 Phillip Schofield is no stranger to controversy or challenging those who he believes are wrong.

Just yesterday, the presenter battled with This Morning producers when the ‘Spin To Win’ competition was interrupted because the wheel got stuck, while being lowered into the studio.

Phillip, who turned 58 on April Fool’s Day, revealed to viewers: “I’m being told I’m not allowed to go up the ladder.”

The defiant star yelled at producers telling them he was going to disregard the “health and safety measures” and claimed their concerns were nothing compared to the coronavirus crisis.

Fortunately, quick thinking co-star Holly Willoughby stepped in with an alternative idea – writing down the sums of money on paper, putting them into a cup and picking them out, much like a tombola.

This isn’t the first time Phillip has defied executives and the expectation of others – exposing true and raw human emotions that could account for his popularity today.

An unearthed account from his past revealed a similar side to the star, as recounted by Robin McGibbon in his 1992 biography ‘Phillip Schofield: The Whole Amazing Story’.

At the time, the budding star was a 28-year-old emerging name in the TV world – the host of Saturday morning show ‘Going Live!’.

Phillip had been invited as the guest DJ for the BBC Radio One Roadshow in Western-super-Mare in 1991.

On that fateful day, an angry rant in front of a 40,000-strong crowd left many flabbergasted and others more connected with Phillip than ever.

Previously thought of as ‘Mr Squeaky Clean’ with a ‘white-than-white profile’, the star “seemed happy to shatter his image”, according to Mr McGibbon.