Sophie Countess of Wessex: Did she break huge Royal Family tradition with her children? 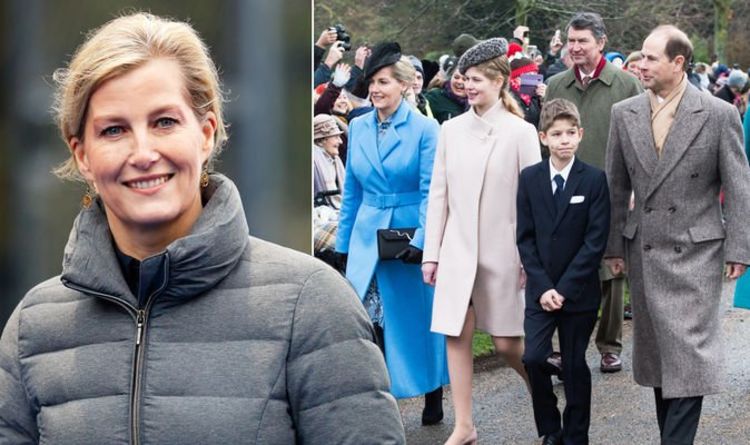 Sophie, Countess of Wessex, and Prince Edward have been married for nearly 21 years. They have two children together, Lady Louise Windsor, 16, and James, Viscount Severn, 12. Sophie is thought to have a close relationship with the Queen but she may have done things her own way with her children.

Sophie, Countess of Wessex, and Prince Edward’s children are rarely seen out in public, probably due to their young age.

Although not all members of the Royal Family attend boarding school, it is a tradition that has been followed by many.

Royals including Prince Edward, Prince Charles, Prince Andrew and Zara Tindall were all educated away from home at Goronstoun School in Moray, Scotland.

However, this is something Sophie and Prince Edward seem to have skipped with their children.

Lady Louise and James are both still of school age and Louise attended St George’s School in Windsor Castle before moving to St Mary’s School.

Although it is not known exactly where James studies, it is believed he also attended St George’s School.

Not only is the school next to Windsor Castle, where Sophie and Edward tied the knot, it is located right by the house of the Queen.

In contrast to a boarding school, it is located near their property of Bagshot Park.

Sophie and Edward often stay tight lipped on their private life, but they did share a surprising anecdote from when Lady Louise started school.

During an interview with Sky News in 2016, Prince Edward and Sophie revealed their children did not realise they were part of the Royal Family.

Prince Edward was asked when he first realised the important job his mother had.

He said: “I can’t necessarily remember when that realisation was there, because when you grow up in that family and in that environment, that’s just what your parents do.

“It’s been much more interesting watching our children growing up, and watching out children trying to work out what that is, and how that works. It was probably not until five or six I think.”

They went on to reveal Lady Louise did not understand she was part of the Royal Family until she started studying.