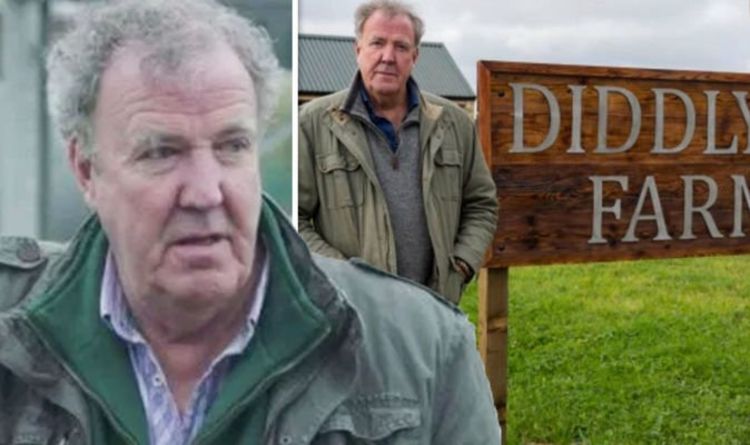 Former Top Gear host Jeremy Clarkson, 61, has recently admitted to feeling “genuinely amazed” over the response from fans to his new show, Clarkson’s Farm. It comes as police have had to intervene at his farm in the Cotswolds after viewers rushed to the location to visit in their hundreds over the weekend.

Jeremy’s Diddly Squat Farm Shop, where he sells his crops to the public, has been inundated with fans of the hit Amazon Prime show in recent weeks.

Unfortunately, despite customers being welcome at the shop, fans also reportedly caused huge traffic jams by arriving in droves to the small Chipping Norton town where Clarkson’s farm is based.

Eager fans were also pictured queueing up to get into Diddly Squat Farm.

A spokesperson for Thames Valley Police has confirmed that they were called about the congestion on the roads over the weekend.

READ MORE… Richard Wilson: I was delighted to be outed as gay by a mag

“Clarkson will not be remotely bothered. I’m sure he’s laughing at us all from behind the shop till,” a third person claimed.

Jeremy bought his farm in 2008, before getting to work on it in 2020 during the coronavirus lockdown.

Cameras followed his progress for his Amazon Prime show.

He then opened the Diddly Squat Farm Shop in 2020, which sells local produce, and a small cafe and bar.