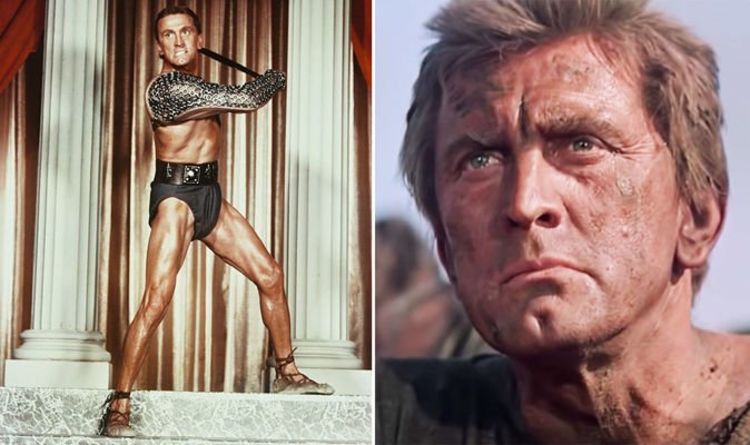 One of the last stars of the Hollywood Golden Age has finally left us. Kirk Douglas was 103-years-old when he died yesterday. The Academy Award-nominated actor starred in over 90 movies, but perhaps his most famous was Stanley Kubrick’s Spartacus. The 1960 movie, which won four Oscars, was inspired by the historical figure of the same name, a Thracian gladiator who led a slave revolt which ultimately failed.

Near the film’s conclusion, Laurence Olivier’s Crassus ask for the prisoners to be counted and announces that the slaves’ lives be spared.

However, this was only on the condition that the body of, or living man, Spartacus be identified.

As Douglas’ slave rebel rises to accept his fate, Tony Curtis’ Antoninus and all the other slaves stand up defiant and claim “I’m Spartacus!”

Due to this, Crassus has every slave crucified along the Via Appia between Rome and Capua.

Spartacus screenwriter Dalton Trumbo was one of the Hollywood Ten, who were blacklisted for being Communist sympathisers.

Trumbo spent years writing under a pseudonym, even winning an Oscar for 1954’s Roman Holiday with fellow screenwriter John Dighton in his place.

But when it came to Spartacus, Douglas insisted that Trumbo being given a proper screen credit, helping end the Hollywood blacklist.

The screenwriter said: “Thanks, Kirk, for giving me back my name.”

The final nail in the coffin for the blacklist was when newly elected US President John F Kennedy went to see Spartacus and publicly endorsed the movie.

According to the 2007 documentary Trumbo, the climactic I’m Spartacus scene was meant to reflect the solidarity with accused Communist sympathisers and the refusal to implicate other people.

The scene has become so famous it has seen a number of parodies including Monty Python’s Life of Brian – directed by the late Terry Jones – which included the line: “I’m Brian and so is my wife!”

Douglas working alongside the screenwriter on Spartacus was dramatised in the 2015 movie Trumbo, which saw Bryan Cranston Oscar-nominated for the title role. While Dean O’Gorman, who is the spitting image of the Sparactus star, played Douglas.

Douglas received acting Oscar nominations for starring in boxing movie Champion, drama The Bad and the Beautiful and playing Vincent van Gogh in Lust for Life.

Another of his movie highlights includes World War I anti-war movie Paths of Glory, in which he plays the commanding officer of French soldiers who refuse to continue a suicidal attack and has to defend his men on the charge of cowardice in a court-martial.

The actor then showed off his lighter, more comic chops in 20,000 Leagues Under Sea, in which his sailor takes part in musical number A Whale of a Tale and shares scenes with a sea lion.

Meanwhile, Douglas was one of the last surviving stars of Hollywood’s Golden Age.