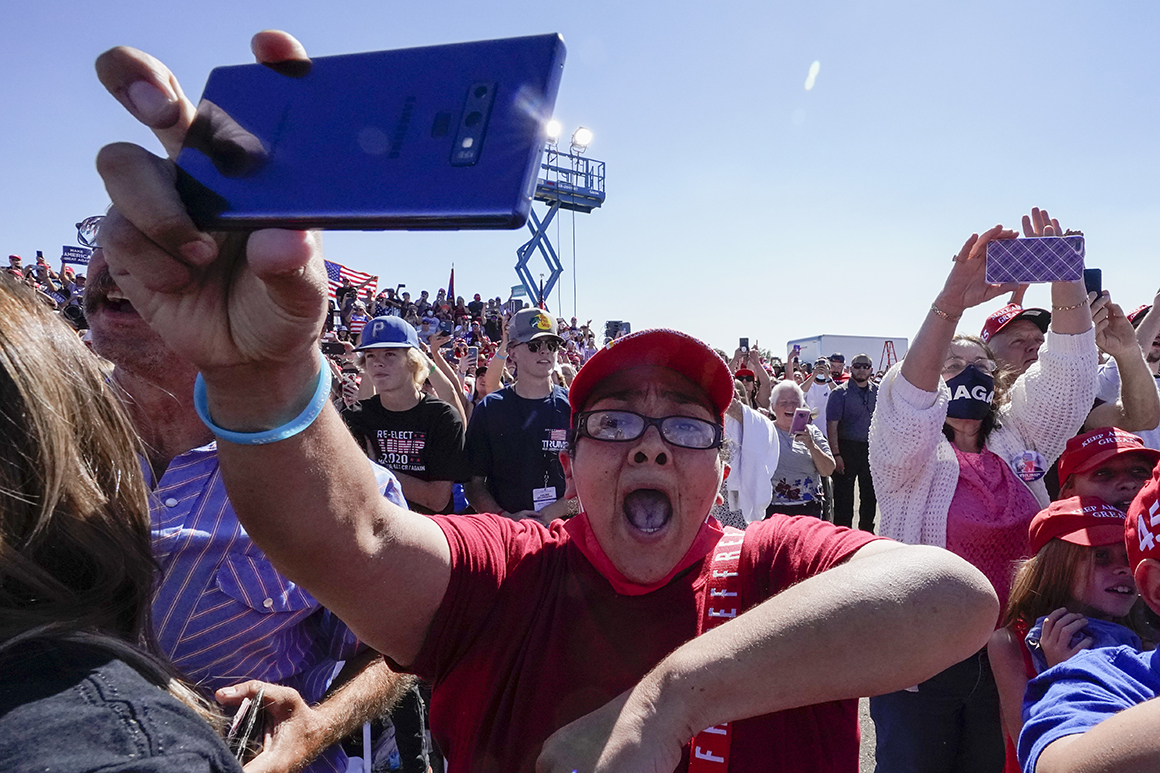 The flurry of activity caps a summer of anti-Big Tech maneuvering among conservatives, from anger over Twitter’s decision to post disclaimers on President Donald Trump’s tweets, to Attorney General Bill Barr’s rush to file an antitrust case against Google just two weeks before the election.

But now, in a matter of days, the handling of a single New York Post story has pushed long-simmering MAGA complaints about social-media bias to the top of Republicans’ talking points.

“They proved that all the lunatic ravings of the right were correct, and that there’s no objectivity [on social media platforms] whatsoever,” said Ron Coleman, a prominent conservative lawyer known for his work on tech censorship and free speech issues.

For nearly a decade, conservatives have accused social media companies of deliberately silencing them through a variety of subtle means — claiming their videos don’t always show up on their subscribers’ Facebook feeds, or that their accounts don’t show up in searches or that the platforms inappropriately label their content as promoting violence or misinformation. Researchers say such claims have never proven any intentional discrimination and note that some of the most widely shared content on social media platforms comes from conservative voices and outlets.

And notably, efforts to limit distribution of the Post story have not prevented the piece from circulating broadly on social media. The report generated 2.59 million interactions on Facebook and Twitter last week, more than double the next biggest story about Trump or Biden, even as national security specialists warned the information bore the hallmarks of a Russian disinformation campaign.

Still, anti-social media conservatives felt the handling of the story offered them a concrete, game-changing example of the type of silencing they have long claimed.

“The Rubicon was crossed [last] week, for sure,” said Rachel Bovard, a senior director of policy at the Conservative Partnership Institute, who focuses on social media and free speech issues.

Years ago, the issue of internet free speech was popular among the more populist wing of the conservative movement — specifically, people and publications that drew influence from an online presence, and that were more likely to be targeted for violating platforms’ terms of service by sharing inflammatory content.

Throughout Trump’s presidency, Republicans have increasingly paid lip service to this constituency, echoing the complaints in hearings.

And Trump himself has repeatedly used his presidential platform to bemoan social-media companies’ behavior, hosting events about conservative censorship at the White House and signing a legally toothless executive order. As the November election neared, the White House pressured key Senate Republicans to hold hearings on alleged bias.

On Capitol Hill, competing Republican bills have appeared that would drastically revise Section 230 of the Communications Decency Act, which stipulated that digital platforms were not legally liable for content others had uploaded.

“The objection for some on the right always was, ‘Well, these platforms don’t engage in viewpoint censorship, they’re not politically biased, this all a crock of crap,’” Bovard said.

But now, the handling of the Post story — which offered unverified emails claiming Hunter Biden had arranged a meeting between his father, then-Vice President Joe Biden, and a Ukrainian business contact — has pushed more of the GOP into MAGA’s anti-social media camp. The timing (days before the election) and subject (Biden’s alleged corruption) likely helped. Some Republicans, such as McCarthy, started calling for the repeal of Section 230, while others wondered whether Twitter had taken on even more responsibilities other than simple bias.

“Is Twitter an ‘in kind donor’ to the Biden campaign? A ‘publisher?’” tweeted Kentucky Republican Rep. Thomas Massie last Thursday.

“If Big Tech persists, in coordination with the mainstream media, we must immediately strip them of their Section 230 protections,” he tweeted Friday. “When government granted these protections, they created a monster!”

Shoshana Weissmann, a fellow at the free market-oriented R Street Institute focused on Section 230 and licensing reform, sees the current outrage on Capitol Hill as far more political than policy focused. She argued that there are valid reasons for Section 230 to exist, saying digital platforms aren’t capable of policing all posts.

“If I threaten the president online, then Twitter’s not liable for that,” she said. “It would be me liable for that, or whoever made the threat or did something illegal online is liable for it. And it makes sense because there’s billions and billions of posts.”

“It wouldn’t fix the partisan moderating,” she said. “These things are totally unrelated. It’s just kind of punishing them, because they’re there.”

Regardless of the policy implications, however, the handling of the Post story has played right into the hands of MAGA’s political arguments. Coleman, a prominent legal voice in the anti-social media world, said he was surprised at how Twitter and Facebook handled the story.

“For the people who control so much of the media complex now, and who understand so well what virality is about, they completely failed to make any accounting whatsoever for the Streisand effect,” he said, referencing the phenomenon where an attempt to hide something actually draws it greater attention.