Meghan Markle wedding: How to get her flawless skin –... 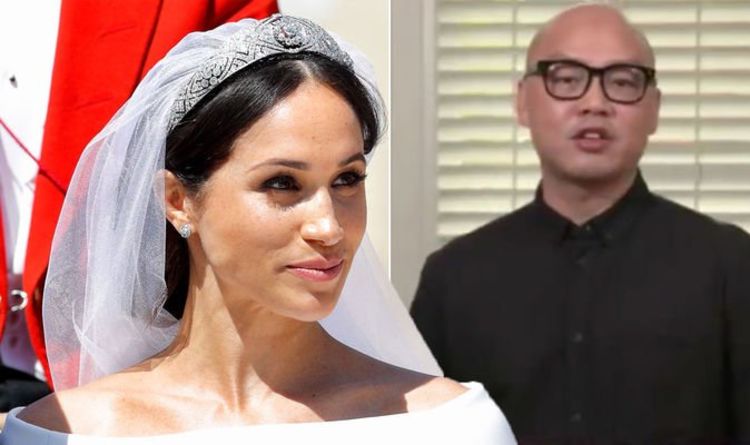 Meghan Markle, 38, married Prince Harry, 34, in May 2018, with images beamed around the world. Her wedding makeup was widely praised as being the perfect finishing touch to her regal look – and now her makeup artist has revealed how he gave her such radiance. Appearing on Lorraine today, Daniel Martin spoke about the special day as well as sharing technical details of how he created her makeup look. Reminiscing on the wedding day, he said: “To be honest, I really don’t remember. What I do remember is how much fun it was and how easy it was just to be with your friend and her mom, and get them ready on such an incredible day.

“I don’t think she was nervous because we weren’t nervous. I mean, it was very very chilled.”

Speaking about his relationship with Meghan, he said: “I’ve known Meghan for 10 years, we met when she was doing Suits and we’ve been great friends ever since.”

How to get Meghan Markle’s wedding day makeup

Giving details on how to get her look at home, Daniel said: “Whether I’m working with a Hollywood actress, or doing a friend’s wedding makeup, I like to keep things natural.

“I’ve already prepped Jess’ (the model) skin with her skincare, so what I’m going to do first is your complexion.

“So I take a 5p size of foundation in the centre of my hand, and then I actually use a small brush like this – this is actually an eyeshadow brush.

“Because we tend to have a lot of our redness in the middle of our face, it’s better to start here and blend out just so that you can kind of gauge the coverage you are getting.

“So after I’ve gotten the coverage that I want I actually like to go in with the sponge and blend out.

“And now I’m taking a little bit of concealer.

“I like to use my finger for concealer because it really enables me to feel the face and where I need to cover it.

“So the next step is the fun step that everyone likes to do and that’s adding a bit of radiance to the skin.

“For Meghan’s wedding what I particularly did was I mixed a bit of illuminizer with foundation so it integrated the glow.

“I’m going to use the same brush that I used and then I’m just going to apply that here.”

“This is the perfect radiance for you because it’s not too shiny and it’s not too glowy, but what we wanna do now is just finish off with powder.

“I just really concentrated the powder right on your T-zone – forehead, around the nose and then on the chin – because I really want this radiance to come through.”

Meghan’s first television appearance in the USA was in an episode of the medical drama General Hospital in 2002. She later moved on to roles in CSI, Without a Trace and Castle along with bit parts in Hollywood films including Get Him to the Greek, Remember Me and Horrible Bosses.

Meghan Markle’s career in television has gone hand-in-hand with her support for causes close to her heart. She wrote about the stigma around menstrual health in an article for Time magazine and was a Global Ambassador for World Vision Canada – with whom she travelled to Rwanda for the charity’s Clean Water Campaign.

And in June 2016, she met Prince Harry on a blind date set up by a mutual friend. Their relationship began in October that year and just over one year later, on November 27, 2017, the pair announced their engagement. They married on May 19, 2018 at St George’s Chapel in Windsor Castle.