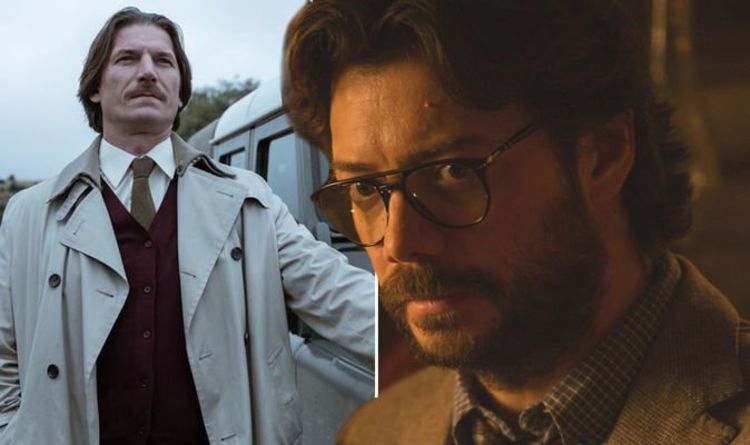 When fans of the Spanish series for Netflix and Antena 3 last left El Professor’s (played by Álvaro Morte) crew they were in the middle of an explosive assault from the Spanish police. Stunned by astonishing revelations, the stakes have never been higher as the fourth part of the acclaimed series Money Heist is set to begin soon.

As Tokyo (Úrsula Corberó) and Rio (Miguel Herrán) easily take out an armoured police vehicle with an RPG, the crew of international criminals appear to have the other hand.

Orchestrated by Sierra (Najwa Nimri), her execution had in fact been faked in order to illicit a drastic response from the criminal mastermind.

This might have been a drastic police tactic, but the scheme worked and El Professor recklessly declared DEFCON 2.

With one of the team’s most valuable assets now trapped by Sierra and the Spanish police, fans have been wondering how the criminal, known also by codename Lisbon, will find her way back to the Professor.

Some fans took to Reddit to discuss the potential developments of the upcoming season.

Reddit user vulturoj originally suggested: “They release Lisbon, but she won’t be helping the gang in season four.”

Lisbon was originally a police inspector until she switched loyalties and joined El Professor’s team in the third part of the series, so her moral compass is already out of line.

So far, however, the new additions to the team have played an insubstantial role in El Professor’s assault on their second target, the Bank of Spain.

Fans are expecting some unexpected revelations, and it could be that Marseille has some tricks up his sleeve that will prove integral for the inevitable rescue mission to pull Raquel away from the police.

The fan continued: “Also remember when Tokyo escaped and was intercepted by some Serbian guys, well Marseille could team up with them again or someone and try to intercept/rescue Raquel before she gets locked up.”