New York pediatrician claims 80 percent of children may be... 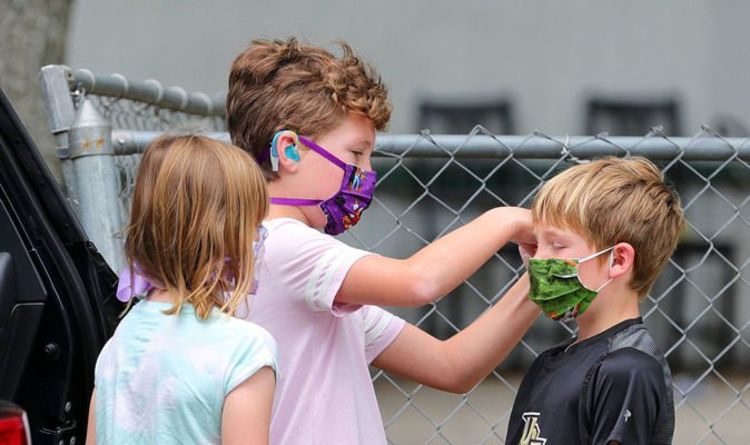 She said that it’s possible 80 percent of kids may be infected as they have not gotten tested.

Dr Hes said: “We have zero tests for children.

“We have zero swabs.

“I’ve had patients whose parents have COVID, child has a 102.5 fever.

“At the beginning when we were doing this, we were sending them to the ER.

“They got turned away. They were not tested because we do not have enough tests and the kids are doing well.”

As of April 2, 1.7 percent of coronavirus cases reported in the US were under the age of 18.

At least 147 children have been hospitalised by the virus.

Of that number, 59 were hospitalised under the age of one.

As of 15 April, three children have died.

US President Donald Trump has previously stated his desire to reopen the economy, which would involve reopening schools.

A leaked strategy devised by government officials from the Federal Emergency Management Agency (FEMA) and the Centers for Disease Control and Prevention (CDC) has revealed the government is lobbying to re-open parts of the US by May 1, beginning with schools and churches.

President Trump hinted afterward that the plans to reopen the country were nearly complete.

He said at a press conference: “We think we’re going to be able to get them open very quickly.

‘We will hold the governors accountable.

“But again, we’re going to be working with them to make sure it works very well.”

The CDC published a report last week, which focused on the pandemic’s impact on children.

It found that: “(While) most cases reported among children to date have not been severe, clinicians should maintain a high index of suspicion for COVID-19 infection in children and monitor for progression of illness, particularly among infants and children with underlying conditions.”

The US has seen 642,201 confirmed cases of coronavirus.