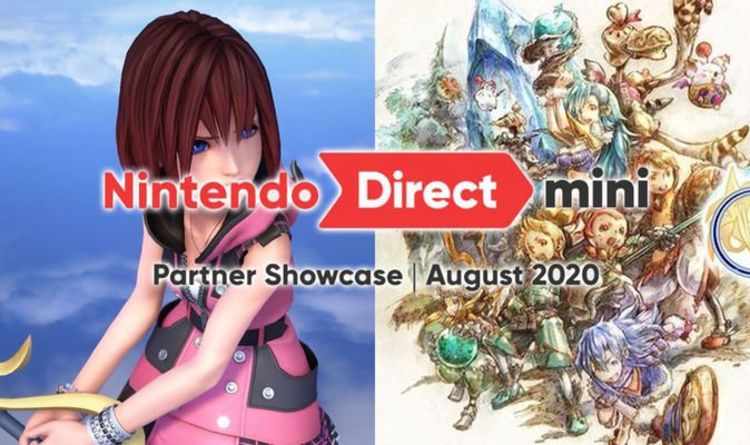 However, as with the previous Nintendo Direct Mini there were no first-party announcements from the House of Mario.

So the heavily rumoured Super Mario All Stars-style collection heading to the Switch will have to be revealed in another Direct, if the rumours about it are indeed true.

You can check out the latest Nintendo Direct Mini by clicking here or by watching the embedded YouTube video below.

The last time the House of Mario held a full Nintendo Direct was back in September last year, with that Direct coming hot on the heels of show-stopping June E3 Direct.

Since then Nintendo has held plenty of other streams, but none have been as comprehensive as a proper Nintendo Direct.

This long wait since the last full Direct, coupled with the Switch’s bare looking release schedule for the rest of the year means anticipation is sky high for the next Direct.

It had been rumoured that a proper Nintendo Direct was going to be happening this week on Friday August 28.

But the release of the latest Partner Showcase Direct seems to put those rumours to bed, with Ninty unlikely to release a full Direct so soon after dropping a Mini one.

In terms of what was announced in the latest Partner Showcase, it was a lengthier and more varied mix than the previous broadcast.

That Direct Mini Partner Showcase, which was released during July, gave JRPG fans and those that love Atlus’ Shin Megami Tensei series plenty to get excited about.

That stream revealed the first Shin Megami Tensei V trailer since 2017 and also announced a remake of SMT3.

But for those that aren’t too keen on Japanese role playing games there wasn’t too much to get hyped about.

With the latest Nintendo Direct Mini Partner Showcase, there was a focus once again on a specific kind of genre – rhythm action games.

There was tonnes to get excited about for lovers of these games, such as Kingdom Hearts Melody of Memory, a DJ sim called Fuser, a new Just Dance game as well as a Taiko No Tatsujin RPG (sign me up right now).

But there were also plenty of other genres covered, with the Direct showcasing World of Tanks for the Switch, a new boxing game called Big Rumble Boxing: Creed Champions and a Puyo Puyo and Tetris crossover.

Overwatch update news for September (Image: BLIZZARD)A new Overwatch update is out today and the official patch notes confirm that there hasn’t been a...
Read more
Gaming

If you want to stream, podcast or record gaming videos for YouTube, then one of the first steps is picking up a good USB...
Read more
Gaming

staronline@reachplc.com (Emma Parker) A two-day-old baby girl was stabbed 100 times with a screwdriver and then dumped at a temple amid a spate of newborn...
Read more