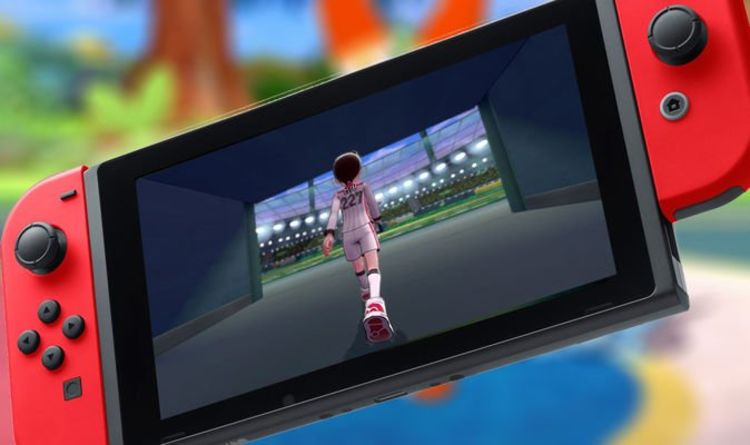 UPDATE: Pokemon Sword and Shield details have been revealed by Nintendo.

In a brand new gameplay trailer (below), Nintendo reveals a whole host of new Gigantamax Pokemon, including Pikachu, Eevee and Charmander.

Fans can unlock Gigantamax Pikachu by having a Let’s Go Pikachu save file. The same is true of Gigantamax Eevee.

ORIGINAL: Pokemon Sword and Shield will take centre stage during a brand new Nintendo Direct presentation on October 16, it has been confirmed.

The Pokemon Sword and Shield Nintendo Direct takes place at 2pm BST in the UK.

The news was announced over on the official Pokemon Twitter page, alongside a brief teaser about what to expect (below).

Unfortunately, however, the teaser doesn’t give much away, although the GIF would suggest that Nintendo will reveal more about the battle system.

Or maybe it has something to do with the rumoured Pokemon Go crossover, which is likely to take place after the app’s Halloween event comes to an end.

Nintendo may even take the opportunity to officially reveal the map, especially following a recent leak.

Express Online will update the article when the new information goes live, so check back later for more on Pokemon Sword and Shield.

New Pokemon Sword and Shield information is coming thick and fast as we approach the November release date.

This includes plans to include an auto-save feature in the upcoming Nintendo Switch release.

Missing from all past entries, the auto-save function should stop players from accidentally losing progress after forgetting to save.

While the feature is sure to prove popular with fans, traditionalists can opt to turn the autosave feature off.

Another gameplay tweak involves the distribution of experience after battles.

This is no longer the case, as Game Freak opts to automatically share EXP evenly among Pokemon.

Pokemon Sword and Shield has a November 15 release date, exclusively on Nintendo Switch.

The game contains lots of new features and a new generation of Pokemon, not to mention a brand new location loosely based on the United Kingdom.