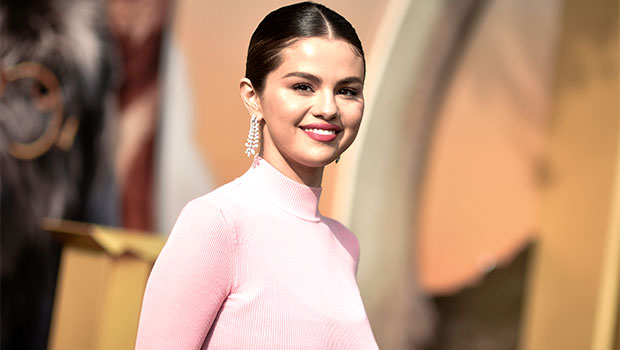 Silvia Vásquez-Lavado’s incredible life is getting the biopic treatment with a film based on her memoir. Learn more about the pioneer Selena Gomez will portray!

Selena Gomez has some big (hiking) shoes to fill in her upcoming project! The actress and singer will play Silvia Vásquez-Lavado in the upcoming film about the inspiring mountaineer. The film, which is currently in the early stages or pre-production, is based on Silvia’s memoir In the Shadow of the Mountain, which will be published in 2022, according to our sister site, Variety. Selena has starred on the big screen in films like Spring Breakers and The Dead Don’t Die. But this will definitely be an exciting challenge for the young star! Learn more about Silvia Vásquez-Lavado with the five facts below!

1) Silvia Vásquez-Lavado completed one of the most daring feats in mountain climbing. Starting in the mid-2000s, Silvia began her journey climbing the seven highest peaks in the world. She has climbed Mounts Kilimanjaro, Elbrus, Aconcagua, Denali, Puncak Jaya, Vinson, Kosciuszko and Mount Everest! It’s important to note that Silvia completed the Seven Summits challenge by both the Messner and Bass lists — which feature the names of the summits above.

2) She is the first openly gay woman to reach the achievement. It’s not clear when Silvia came out, but once she completed the Seven Summits, she became known as the first openly gay woman to have successfully summited each mountain. It’s also unclear if Silvia is currently in a relationship, but based on her Instagram posts, she is still into mountain climbing and has even gotten her goddaughter into it, as well!

3) Silvia founded a non-profit. In January 2014, Silvia founded and became the CEO of the non-profit Courageous Girls in the San Francisco Bay Area. The organization’s mission reads as follows, per Silvia’s LinkedIn page: “Courageous Girls is a foundation whose mission is to provide the healing and empowering of sexually abused girls through physical endurance, creative, somatic and mindfulness techniques. Our vision is a world in which survivors of sexual abuse realize they have the power to achieve anything they want and believe that nothing can hold them back from the beautiful life they deserve.” Silvia, who originally hails from Peru, is a survivor of sexual abuse, and has used her platform to provide a space and outlet for others.

4) Silvia will have some influence on how her story is told.The mountaineering pioneer will serve as Executive Producer on the upcoming film, which be based heavily on Silvia’s own words from her 2022 memoir, In the Shadow of the Mountain. Selena will also serve as a producer on the film through her July Moon Productions banner, as well as playing Silvia in the film.

5) She’s a college graduated. Prior to her expeditions, Silvia earned her BS in Accounting and International Business from Millersville University of Pennsylvania.