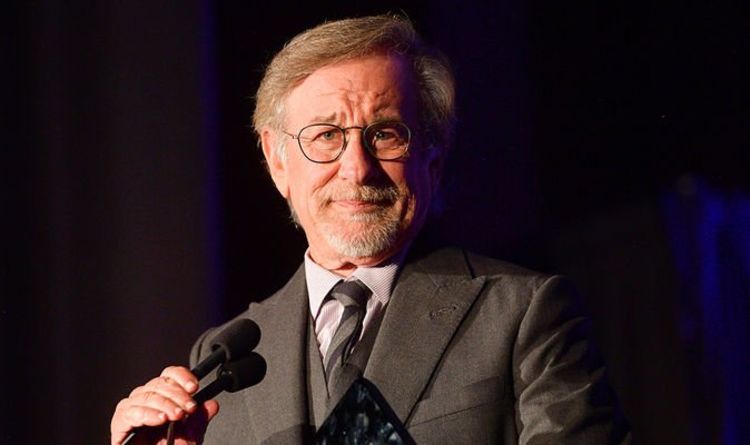 Hollywood is full of terrible tales of directors taking advantage of hopeful young stars. Clash of the Titans icon Harry Hamlin recalled an unfortunate encounter with Steven Spielberg back in 1978. It was for one of Hollywood’s most iconic action blockbusters, Raiders of the Lost Ark. Hamlin says he was tricked into being secretly filmed and what happened ensured he could never work with Spielberg in the future. Happily, though, it’s rather more of an excruciatingly embarrassing Tinseltown tale than yet another horrifying one.

Raiders hit cinemas in 1981 and reconfirmed Harrison’s Ford’s status as one of the biggest stars of his generation.

But back in 1978, Spielberg and producer George Lucas were still searching for their leading man and called in young hopeful Hamlin to audition opposite actress Stephanie Zimbalist, who was being considered for the female lead Marion.

Hamlin told Page Six Spielberg apologised and said Lucas was running late. The directed asked the pair to go into the production studio’s kitchen and make a chocolate cake.

So far, so bizarre…

The door was shut and the confused actors attempted to do as they had been told.

Hamlin said: “During that time, because Amy Irving had been a good friend of mine, I was talking about how Amy was calling her friend group in LA and saying that this guy, this director guy was stalking her in New York and how she was kind of getting annoyed because this guy, Steven Spielberg, was showing up at the stage door every night with flowers.”

What he didn’t realise was that they were being secretly filmed.

Hamlin added: “I’d been riffing on how annoying Steven Spielberg was to my friend Amy, so hey, guess what?