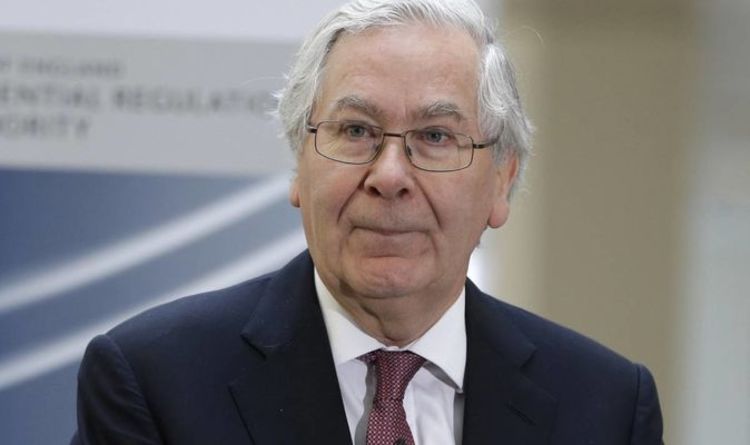 Lord King, who was the governor of the Bank of England during the Financial Crisis, has said Britain is in a good position to take on large amounts of debt despite going through 10 years of austerity.

Lord King, 72, said: “One of the benefits of being prudent in the last decade is that it is much easier to absorb a rise in the national debt.

“I don’t think we should worry today about the extent to which the national debt will rise, as long as we can get the economy back to function sooner rather than later.”

He added that “trial and error” would be needed to emerge from the lockdown.

He also stressed the importance of the government being transparent in what is a difficult time for businesses globally.

The crossbench peer said the Government should be “honest about the difficulties” of opening the UK for business.

He said “I don’t think it’s sensible to just tell us all to stay indoors.”

The former Bank of England governor previously said in a webinar session hosted by the Policy Exchange that he was surprised so many bank branches had closed.

However, by suppressing activity, businesses are inevitably being impacted.

The chancellor previously announced a series of measures to ensure that companies don’t go bankrupt as a result of the pandemic.

These measures are also in place to compensate both employers and employees for lost earnings.

However, Mervyn King isn’t convinced the schemes are working as designed.

He called on banks to issue “clear instructions” to their staff and to ensure that businesses can walk into their local branch.

In explaining the importance of branches being open, he compared them to supermarkets to stress their essential nature.

Lord King described banks as “part of the essential emergency system to keep the economy going”.